Don was born and raised in North Western Ohio, as the second son of a masonary contractor.  Just a little boy he couldn't wait for his favorite western televison shows to come on; Gun Smoke and Bonanza formed his love for horses and the cowboy lifestyle. At age 11 he purchased his first horse, a paint mare for 75$ - not surprising as his favorite Bonanza character was Little Joe. He borrowed the money from his father and worked hard all of the following summer to pay him back. He started competing in Gymkana events being 12 years old.
As a 4H member he was introduced to Reining in 1973, watching reining classes at the Quarter Horse congress, which at the time was the home of the NRHA reining futurity. In 1974, at age 17,  he sent his second horse to train for reining with Allen Mitchell - making this experience the start of a long lasting love affair with reining horses.
In 1977 he married Jackie and 2 years later the young couple created Boyd Perfomance Horses. Today they have been married almost 40 years and raised two beautiful daughters, Abigail and Emily, that have both followed in his footsteps.  As long as he’s married he’s also been a National Reining Horse Association (NRHA) open rider and trainer!
Major influences in his career being NRHA greats such as Dale Wilkinson, Clark Bradley and Bill Horn (NRHA first one million dollar rider). 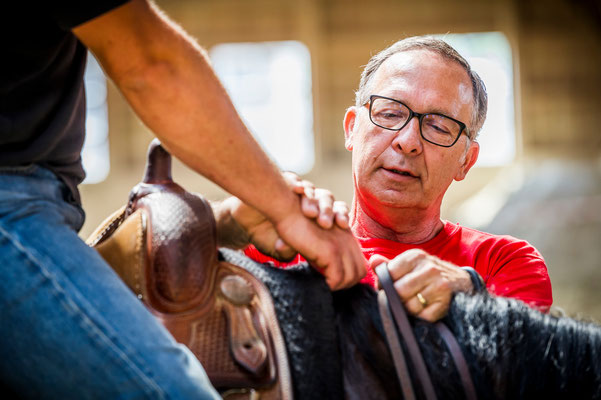 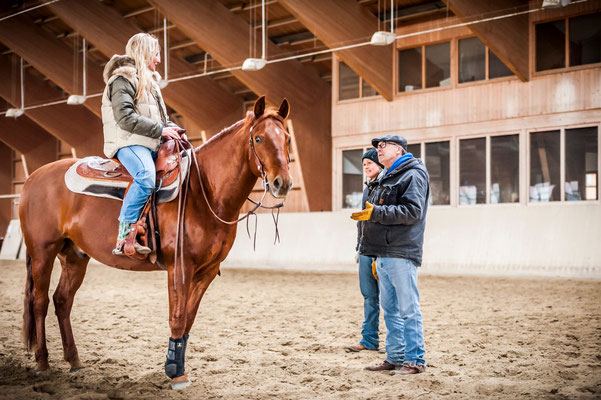 In 1993 Don moved to Castellenita, Italy working for Latorre Quarter Horses. There he had the opportunity to ride high quality horses and the possibilty to make more money then was possible to make in the US at that time. The first year Don won Res Champion IRHA Derby, IRHA Maturity Open Champion, the Italian Breeders Futurity Res Champion and countless more titles. The following year in 1994 he moved to the north of Italy where he spent 3 years working for the then newly formed Cisal Quarter Horses. There were only three horses when he arrived. When he left though in 1997 twelve world class mares called this barn their home and are still producing through their grand get today. These years  marked the highlight of his career as a rider, winning every major reining event from Futurity to Maturity Championships, Americana Open Championship, as well as Equitana Open Championship.

In  2010 Don started to concentrate on holding clinics and judging reining events. He has coached countless champions around the world, including the US, Norway, Sweden, France, Italy and Germany. Europe remains a special place for Don though, with friends and clients all over the continent. So he travels back and forth up to 4 or 5 times a year coaching open and non pro riders.
Today showing and training horses is still a family tradition with Abigail "Abby" Mixon being a  successful trainer and rider herself

(with lte 300.000+ in Reining and Working Cowhorse) and oldest daughter Emily being married to NRHA professional Marco Fromentin, also a successful trainer, as well as a multipile Futurity, Derby, NRBC finalist and world champion coach . Goes without saying that family life has always been totally influenced by horses, as this is not a normal job with normal hours! Being a horse rider and trainer is a 24/7 commitment. It's a way of life „Fortunately, my family all supported me and participated one way or another!“ 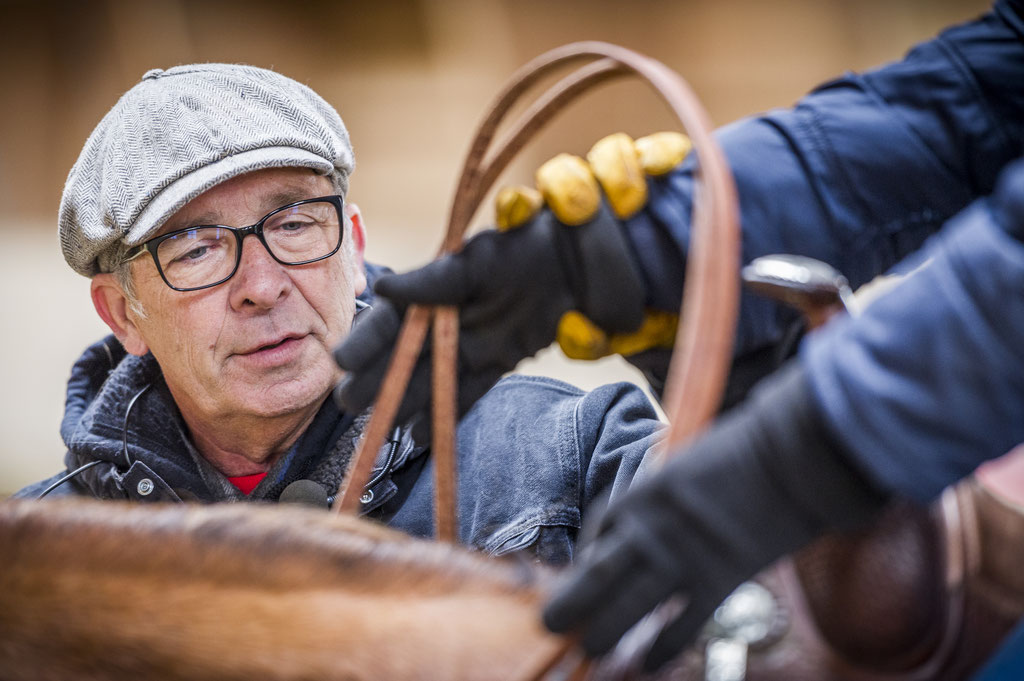 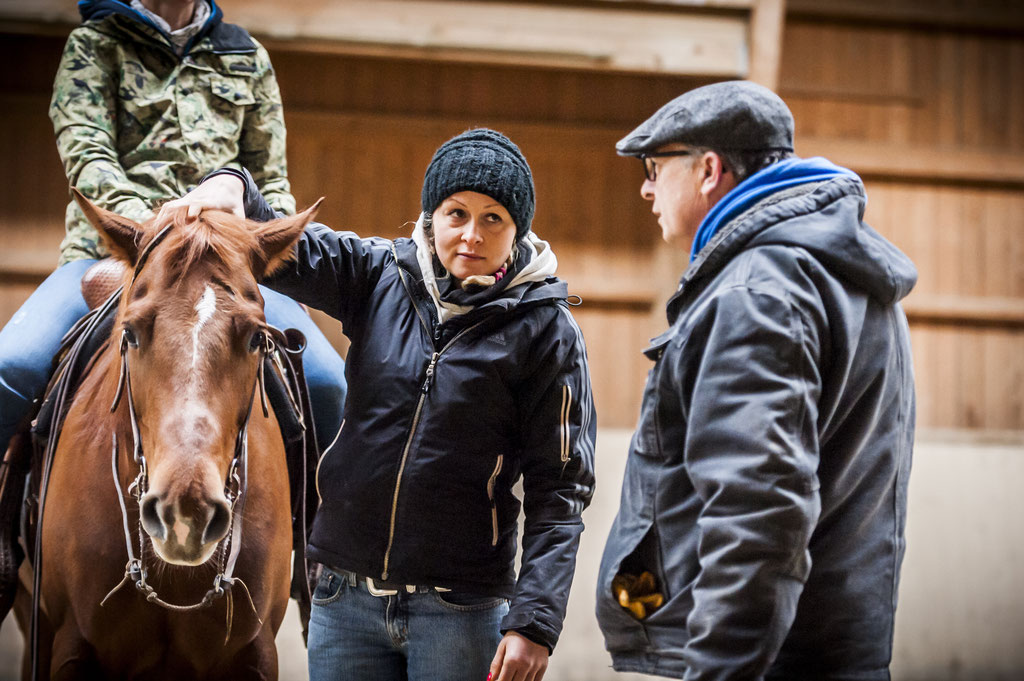 Be in touch for rates and availability: